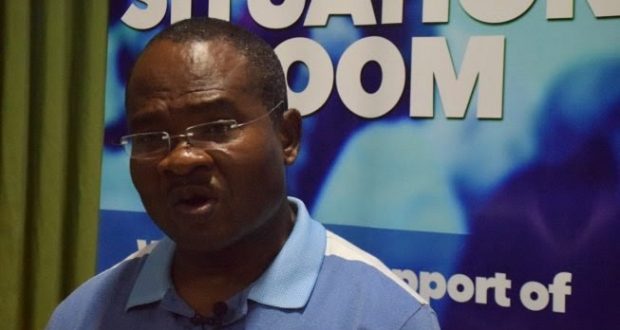 Anambra: Huge amount of money was spent by politicians to lure voters – Nwankwo

The Convener of Election Situation Room, Clement Nwankwo, has alleged that the Politicians were seen during Saturday Anambra Election openly involved in votes buying.

Speaking in Awka, the state capital, Nwankwo said the election was relatively peaceful but the most striking thing about the election is the situation of votes-buying where huge amount of money was spent by politicians to lure voters.

“The most striking with the election is the huge amount of money that’s been spent by the political parties openly bribing voters at the polling units. Some spent as much as N5, 000 – N6, 000 to pay for a single vote.

The election room convener, who described the act as really disappointing and an abuse of electoral process, however applauded the police for being responsive.

“This is really unprecedented in terms of the amount of money spent buying votes of citizens and it is really disappointing to see this level of abuse of electoral process and the abuse on the limit of expenditure.

On the case of malfunction of Card Readers, Nwankwo also applauded the Independent National Electoral Commission (INEC) for the responses to such cases .

‘’There were few cases of card readers malfunction but the response from INEC has been very good. There has been incidents of ballot box snatching but the number have been limited and I think that the fear about police over policing has been seriously minimised.

Despite few cases of officials making away with ballot papers and election materials including officials turning up late, Nwankwo said the election was “relatively peaceful.”

Previous: Obiano wining 21 local governments is a political aberration in Anambra – Obaze
Next: Jonathan’s former Spokesman: So who between Osinbajo and Lai is lying?