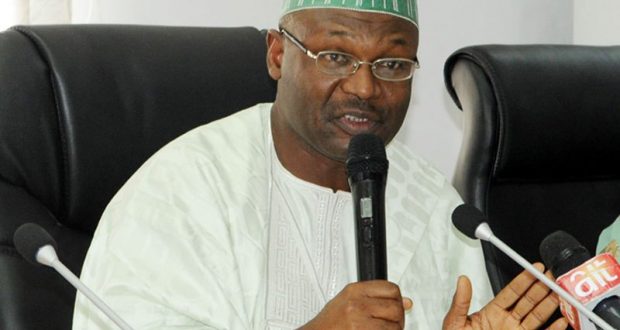 Materials for Saturday’s governorship election in Anambra state will be distributed to polling booths from Wednesday.

The information came from INEC Chairman, Mahmood Yakubu in Awka the state capital.

Yakubu noted that the electoral body had already provided the necessary logistics, including funds, for smooth conduct of the election.

He added that there was a need for Heads of the Units in the Commission to work closely with their subordinates in order to achieve success during election.

The INEC boss also explained that the electoral body was set to make history by ensuring that the Anambra election is flawless and free of complaints from the electorate in the state.

According to him, any staff of the electoral body caught engaging in malpractices during the election will be dealt with in accordance with the laws of the country.

“You must make sure you get to the polling units by 8 a.m. on the election day to make sure that things work according to plan. There are many people out there working seriously to see that the Commission fails in its commitment to record free, fair and credible election, and you must have this in mind.

Speaking earlier, the Resident Electoral Commissioner (REC) in the state, Nkwachukuwu Orji, said the electoral body has conducted training for the ad-hoc staff that would mostly be used for the Anambra governorship election.

Previous: FG Vs. Saraki: Court reserves judgment on assets declaration tussle
Next: Visit to Ebonyi an affirmation of my commitment to a united Nigeria for all – Buhari