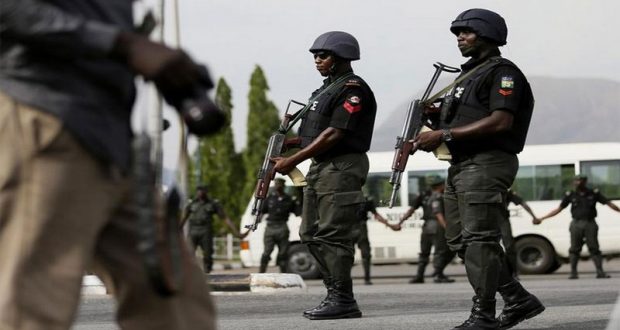 Additional 17,580 policemen are needed in Anambra state to ensure that the November 18 governorship election is conducted peacefully.

Mike Okoli, the Deputy Commissioner of Police (DCP) in the State Police Command made this known in Abuja while addressing a civil society programme — ‘The Situation Room,’ a forum where civil society organisations engage government representatives on issues affecting the people.

He added that the state currently has 4,714 policemen and the reinforcement would lead to a total capacity of 21,084.

Okoli said the Command had identified 414 major streets in the state to be patrolled by six policemen each. He said the recent proscription of the activities of Indigenous People of Biafra (IPOB) and the Operations Python Dance II in the state, had also ensured calm ahead of the election.

He identified 11 flash points in the state and said adequate personnel had been allocated to those areas to ensure order.

The INEC Resident Electoral Commissioner in Anambra, Nkwachukwu Orji, said there were indications that the election would be successful. He said the signals include the peaceful primaries conducted by political parties and the role so far played by security agencies.

Orji said the Commission was determined to improve voter experience by ensuring their votes count and make the entire process comfortable.

According to him, the Commission has committed resources toward the conduct of the election, saying the November 18 election will be the most expensive in the state.

The INEC Commissioner said over 95 percent of non-sensitive materials had already been delivered to the state and distributed to Electoral Officers adding that the Commission had recruited 23,000 ad hoc staff, which include 11,000 corps members in the state and neighbouring states.

Previous: Tinubu finally speaks: I have suffered a grave loss that no parent would like to bear
Next: Aggrieved members obtain court order to stop Adamawa PDP Congress