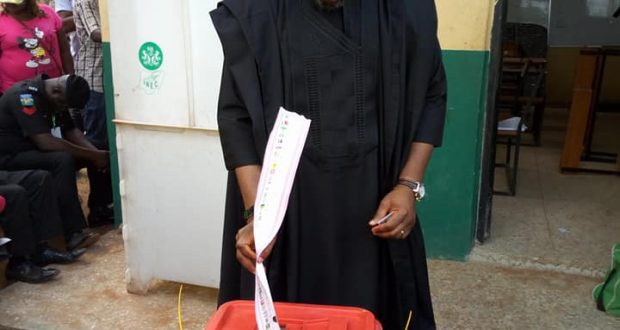 Anambra: Our people rejected politicians and voted for the highest bidder – Chidoka

Chidoka, who made this known via his Twitter handle stated that: “I congratulated Nkem Okeke, Deputy Governor Anambra State for their election victory. I couldn’t reach Governor Willy Obiano.

The UPP candidate also said that the people of Anambra refused to vote for his party in the just concluded governorship election in the state because of distrust the people have for politicians.

“From the ballots, we heard the voice of our people – we heard it loud and clear,” he said. “On November 18, our people announced strongly their rejection of politicians.”

“They traded their votes because they doubted we would truly represent their interest. While our message resonated with the people, they doubted that the political class cared about them; they voted for the highest bidder,” he added.

Previous: Election of Obiano a product of hard work and good governance – APGA
Next: Obiano wining 21 local governments is a political aberration in Anambra – Obaze