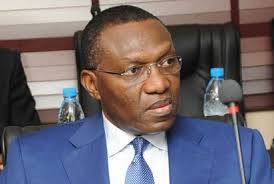 A Federal High Court sitting in Awka, Anambra State, has declined to stop Senator Andy Uba from parading as the candidate of the All Progressives Congress in the November poll in the State.

The court rather asked the APC to maintain the status quo ante bellum pending the hearing and determination of originating summons on the governorship primary of the party held on June 26 ,2021.

One of the governorship aspirants, Chief Maxwell Okoye, had approached the court over the outcome of the primary.

Okoye had asked the court for an order restraining Uba from parading himself as candidate of APC.

He further prayed the court to direct APC and INEC to forward, recognise and publish his name (Okoye) as the standard-bearer of the party for the November 6 election in the state.

Justice H. A. Nganjiwa after hearing from Okoye’s lawyers, B. O Okpemandu and Oge Nwankwo, refused to grant the reliefs sought.

The judge said “the plaintiff/applicant is asked to put the defendants on notice and they should come and show cause why this order should not be granted pending the hearing and determination of the originating summons.

“The originating summons and order of court be served on all the defendants. In view of the provisions of Section 87 (10) of the Electoral Act, 2010, it is hereby ordered that the parties to maintain status quo in the interest of justice pending the hearing and determination of originating summons.”