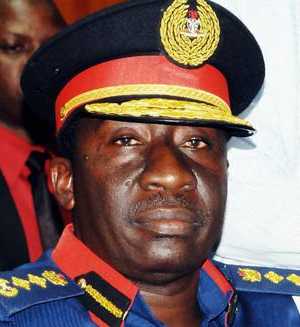 Anambra poll: No official of NSCDC is expected to behave funny – Muhammadu

The Nigeria Security and Civil Defence Corps (NSCDC) said it deployed 14, 000 personnel for Saturday’s governorship election in Anambra to boost the number of personnel provided by other security agencies.

The Corps said the measure was also to guarantee confidence of the people in the provision of adequate security for the election.

The Commmandant-General of the Corps, Abdullahi Muhammadu, gave the explanation at a news briefing at the NSCDC Command Headquarters on Friday in Awka.

Represented by Bassey Bassey, the Assistant Commandant-General in-charge of Zone G, Muhammadu said all NSCDC personnel deployed for the poll were given special training for the exercise.

“No official of the NSCDC is expected to behave funny, because our mission in Anambra is not to aid any party in election rigging or to intimidate anybody,’’ he said.

He urged the public to report any personnel of the corps who exhibited act of misconduct in the course of election duty, adding that disciplinary action would be adequately taken against such erring officer.

“In each of the polling unit, we hope to deploy at least two NSCDC officials to support security personnel from police and other security organisations.

“All we are saying is that the people of Anambra should come out and vote and after voting return to their homes, leaving party agents to do the job of protecting votes for their parties.

“Our main duty is to see that the citizens of Anambra participate in the November 18 election without fear and molestation.

“We are not for any party nor for any individual, we are for every citizen taking part in the election,’’ he said.