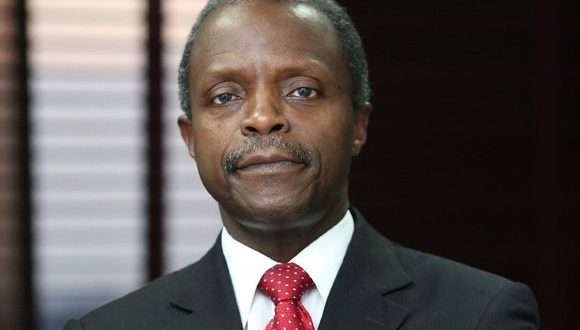 The Vice-President, Prof. Yemi Osinbajo, and the Senate President, Bukola Saraki, are expected to lead a delegation of the national leaders of the All Progressives Congress’ to Anambra State on Friday (today).

The APC delegation will be in Anambra for the inauguration of the campaign of the party’s candidate in the November 18 poll in the state, Dr. Tony Nwoye.

It is also expected that 19 APC governors will attend the function.

The Chairman of Tony Nwoye Campaign Organisation and a former commissioner for Finance in the state, Mr. Azuka Okwuosa, stated this on Thursday in Awka, the Anambra State capital.

Okwuosa said the campaign rally would hold at the All Saints Cathedral Anglican Church, Onitsha.

He said after the Friday inauguration, the Nwoye election campaign would be taken to the grassroots.

Okwuosa said, “We know the people of the state will vote for the APC because the state has been like a sheep without a shepherd for the past years now.

“This election will be judged on ideological basis and we are more than ready to fire on all cylinders. Our candidate has been tested and our people trust him.

“We are showcasing Nwoye who is coming to transform Anambra and connect the state to the national grid.”

Okwuosa added that arrangements had been concluded to host the APC leaders.

He said the people would witness a rally that had never been seen in the state, adding that, “It will be the mother of all rallies. Our candidate is the messiah the people have been waiting for.”

The Director-General of Tony Nwoye Campaign Organisation, Osy Ezenwa, said the APC did not believe in name-calling, stressing that party would rather run an issue-based campaign.

Previous: Clamp down on lawyers delaying trials, CJN tells heads of Court
Next: Jonathan: I’m surprised that those who attacked me over N87 pump price are silent now that it’s N143