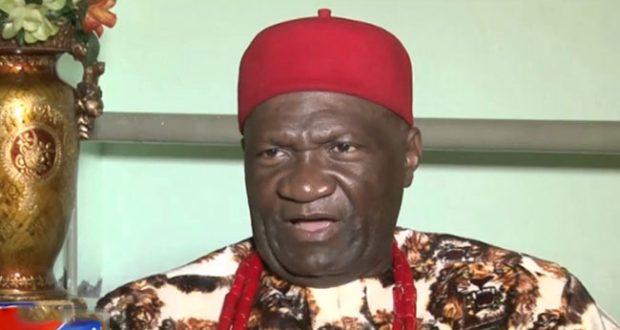 Anambra: We’ll resist attempt to rig and impose results on the people – Ohanaeze

A group representing the people of South East Nigeria believes the upcoming election in Anambra state will be free and fair.

This comes from the assurance given to the President General of Ohanaeze Ndigbo, John Nwodo by President Muhammadu Buhari concerning the November 18, governorship election.

Nwodo, also added that Ohanaeze Ndigbo has written the Independent National Electoral Commission (INEC) for an observer status and provision of recruited lecturers from universities and polytechnics to help in the exercise.

“Ohaneze notes with satisfaction the resolve of the people of Anambra state and all the political parties in Anambra state to turn out for the election. Not to do so would be a disservice to Anambra State and Ndigbo,” he said.

He also said the group is insistent that the votes of Ndi-Anambra must be respected in Saturday’s election stating that, “any attempt to rig, manipulate, falsify or impose results on Ndi-Anambra in this election will be seriously resisted.”

Previous: Buhari returns to Abuja after a successful tour of Ebonyi and Anambra
Next: Jonathan is a politician yet he says ‘politics is a very useless business’