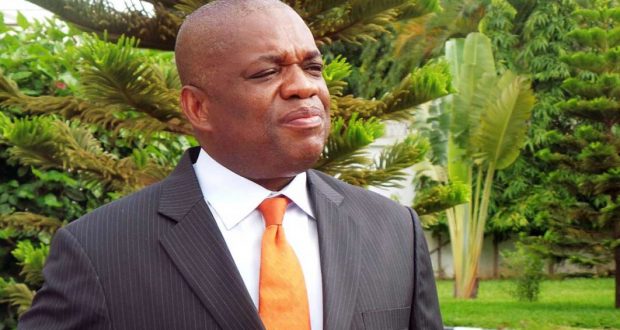 Now that Obiano has been re-elected as governor, Uzor-Kalu wants him in APC

Former Abia Governor, Orji Uzor-Kalu, has hinted that the party will not challenge the victory of Governor Willie Obiano.

Obiano, who was given his Certificate of Return on Wednesday was declared winner of last Saturday’s election by INEC after defeating 36 other candidates by a landslide.

He said it was gratifying that major stakeholders of APC, including its governorship candidate, had reached out to Obiano and congratulated him.

“APC has done well; a party that recorded 0.3 per cent in the 2015 general election and today we are competing for 38 per cent, is a remarkable improvement and there is no doubt about it because it has shown President Buhari’s popularity in the South East.”

The APC Chieftain, however, called on Obiano to join his party, which he said remains the most popular party in Nigeria.

Previous: We did not defraud PDP and Muazu didn’t leave N9bn in party’s account – Bala
Next: Tinubu to Okorocha: You and others must be joking to endorse Buhari for 2019