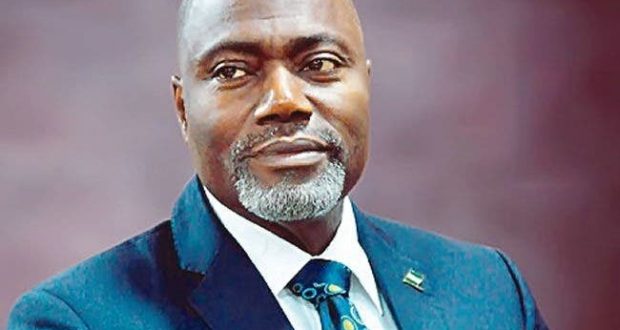 A renowned legal practitioner, Yusuf Ali has said that any political party whose internal democratic mechanism is not credible cannot form a transparent government.

Ali made this observation on Wednesday in Ilorin while delivering a keynote address at the event to end the activities marking the Press Week of the Correspondents’ Chapel of the Nigeria Union of Journalists (NUJ) in Kwara.

Ali, who spoke on the theme “The Effectiveness of Party Supremacy in Strengthening Democratic Principles and Promoting National Development”, observed that party supremacy had been lost in the Nigerian political system.

The Senior Advocate of Nigeria (SAN) faulted government’s funding of political parties in Nigeria, saying that it was antithetical to democratic principle.

The democratic ethos, he said, started to wane when the regime of Ibrahim Babangida funded two political parties,with programmes and manifestoes written by the military authority.

He mentioned the parties as Social Democratic Party (SDP) and the National Republic Convention (NRC), both now defunct.

He urged the Federal Government to discontinue the arrangements to encourage good governance.

“Political parties should not have owners. They should be mass organisations that give high and low, the rich and the poor, the same opportunities.

“Ownership of political parties by individuals is directly antithetical to the democratic principle.

“If a political party will be all inclusive, it is important that it should be owned by a wide range of individuals drawn from all segments of the society,” he said.

Ali also described the present proliferation of political parties in the country as a mockery and should be eradicated.

According to him, Nigeria does not need more than four political parties.

“As much as politics should be all inclusive, that does not mean every family should set up a political party.

“At present, Nigeria has well over 50 registered political parties.

“Some of these parties often have nothing on the ground in terms of membership, influence or geographical spread, and may not even have more than a couple of offices in a few cities.

“As a matter of fact, proliferation of parties is usually used as a ploy by politicians to plunge electorate into confusion and, as well, pose administrative hurdles for the electoral umpire during national elections.

“To make matters worse, they do not get a single vote during elections.

“INEC should have to deregister political parties that do not garner a certain percentage of votes cast in a general election, may be five per cent,” he said

Previous: US 2020: Nigerian secures massive votes to win legislative seat
Next: #EndSARS Protest: How PDP planned to cause anarchy in Ekiti- APC