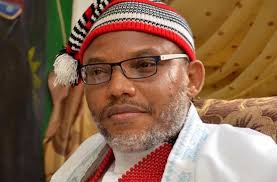 A chieftain of the All Progressives Grand Alliance (APGA), Dr. Celestine Ugochukwu Chukwuneye has thrown its weight  the call for dialogue to resolve the separatist agitation in the Southeast, being championed by the outlawed Indigenous Peoples of Biafra (IPOB).

Ugochukwu said it is better to adopt the carrot and stick approach in the resolution of such issues, rather than the military approach. He said if the government had utilised dialogue, the matter would have been resolved.

He said: “If when they were coming up, the government had dialogued with them, by now, the government would have nipped it in the bud. Look at Government Oweizide Ekpemupolo (Tompolo). Former President Olusegun Obasanjo was able to settle the matter. It is not always by force. If they release the IPOB leader Mazi Nnamdi Kanu to his people, after some time, things will die down.

“We have too many problems to escalate the IPOB issue. So, the government should allow the young man go. It is obvious that the average Ibo is not violent. These are youths who are agitating for something. Youths will also be youths. What the government should do is to calm down and look into what they are saying.

“It is the same thing with Igboho. Yoruba obas should take care of the matter, listen to him and pass his request to the government to implement. But, when you use force, you escalate the problem. So, my sincere advice is that they should release Kanu. If not, if anything happens to him, there might more trouble.’’

On whether the Ibo have been neglected politically and that they should be given a chance to have a shot at the Presidency in 2023, Chukwuneye corrected that impression, saying not only the Ibo had been neglected, also the Northeast and Middle Belt had also suffer similar fate.

He advised them to bring forward a credible and acceptable candidate.

He added: “They should go and do their homework. It will make it easier for them. Without producing the person that will run, you have not started. But in the Southwest, for example, they know who will run. If the Igbo do not start in time, it will be proper.”

Chukwuneye wondered why some people say that the Ibo should be handed the Presidency ticket. “Has that happened since 1999? What happened was that both major parties had Yoruba candidates. For you have to go through primaries before the candidates can emerge. That is why the regions/zones that are clamouring should produce their candidates in the major parties,’’ he said.

He acknowledged that the Ibo have a strong case. However, he said they should go beyond desiring the number one seat to canvassing a strong candidate.

In the Southwest, in 1999, despite the sentiment that they should be allowed to go for the Presidency, candidates from other zones contested.

On 2023 general elections, the APC stalwart said the major parties are warming up.

He noted that the Peoples’ Democratic Party (PDP) that was corrected some of its past errors was a good sign, adding that APC should give the people hope.

He however praised the APC-led government, for some changes in policies, taking after the yearnings of the people. He however advised President Muhammadu Buhari to spread his appointments to every zone, so enable everyone have the opportunity to participate in the government.

Previous: Buhari-led govt the worst in Nigeria’s history- Northern Coalition
Next: 2023 Presidency: Why we are supporting gov Okowa- Group 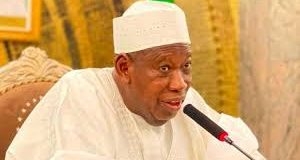 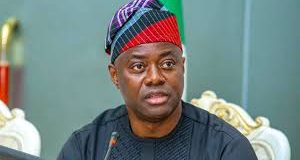 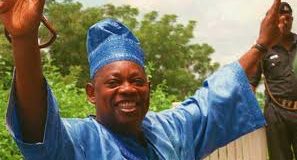