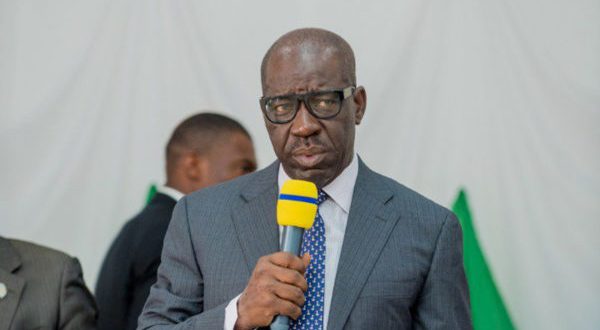 A chieftain of the All Progressives Congress (APC), in Edo state, Blessing Agbomhere, has urged Governor Godwin Obaseki against building of a correctional facility into building, telling him to channel the state resources to other congent projects.

Following the high rate of crimes in the state Obaseki had announced plans to build a new correctional centre.

Reacting, the Frontline politician, flayed Obaseki over his his plans to build a new prison on 20 hectares of land.

He urged the Governor to address jobs creation and also to ensure that there is conducive environment for businesses to thrive.

He said: “It is totally a condemnable act. Governor Obaseki cannot use Edo money to build prison at a time other countries are closing down their prison facilities.

“He has shown that he lacked ideas to engage the young minds and make them responsible citizens.

“This is a big slap on our collective sensitivity. What Obaseki is saying is that there are a lot of criminals in Edo state and there is nothing he can do to rehabilitate them or prevent others from going into crime.”

Previous: Ebonyi: Gov Umahi fires all political appointees in Ohaukwu LGA
Next: Why I will not join others in shooting down Tinubu politically- Fayose