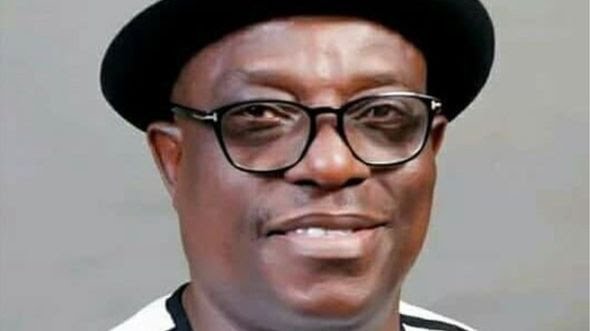 APC Crisis: Giadom refuses to give up, writes letter to INEC

Victor Giadom,  has refused to give up on the chairmanship position as he insists he is the Acting Chairman of  the All Progressives Congress (APC),

He has written a letter to the chairman of the Independent National Electoral Commission (INEC), claiming that he the rightful acting national chairman.

The party has been embroiled in a leadership crisis following the appeal court ruling that upheld the suspension of Adams Oshiomhole as national chairman of the party.

While the party announced Abiola Ajimobi, former Oyo governor, as acting chairman, Giadom declared himself as national chairman and also reversed the disqualification of Godwin Obaseki, governor of Edo, from the gubernatorial primary election and ordered a fresh exercise.

But the national working committee of the APC overruled him and appointed Hillard Eta, vice chairman of the party (south-south), to stand in for Ajimobi who was “unavoidably absent”.

However, on Thursday, a high court of the federal capital territory (FCT) reaffirmed Giadom as the acting national chairman of the APC but another high court in Rivers state restrained him from parading himself as such.

In a letter dated June 18, Giadom told INEC to serve all processes and documents concerning APC elections, as well as other correspondences on him.

“Please note that the earlier of the FCT High Court suspending Comrade Adams Oshiomhole from office on March 4, 2020 as affirmed by the Court of Appeal, Abuja on June 16, 2020. Mr. Oshiomhole’s appeals were dismissed on that date. Copies of the orders of the court in the tow cases are herewith attached for your perusal.

“As the acting national chairman of the party, all processes, documents, and communications including those concerning the conduct of elections meant for the APC are to be served on me

Previous: We didn’t receive report of ex-gov Ajimobi’s “death”- Oyo Assembly
Next: Saraki to Oshiomhole: You predicted the fall of others, your own downfall has come