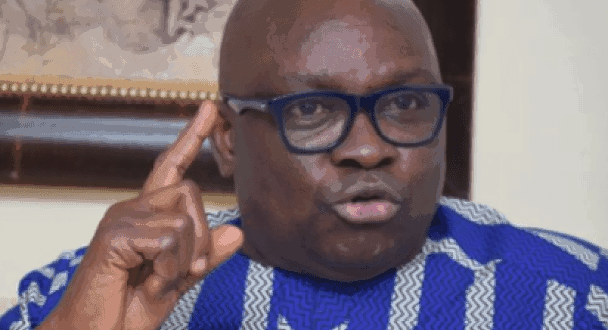 According to him, the present ruling party will collapse before the 2023 general election following the recent happenings in the party.

Fayose described the internal squabble within the APC as a show of God’s anger against the party for its ‘infamous role’ in bringing untold hardship to Nigerians.

In a statement on Thursday, in Ado-Ekiti by his media aide, the ex-Governor, who was reacting to leadership crisis in APC, said no one can validly lay claim to the chairmanship of the APC in whatever capacity.

He cautioned the Independent National Electoral Commission (INEC) must be mindful of being seen as helping the APC to uphold its illegalities.

He accused the ruling party of displaying power arrogance and treating Nigerians with contempt, saying “this is just the beginning, their matters will be made worse with time.”

Fayose lamented since APC took over power in 2015, the country has been riddled with different forms of socio-economic, political and security challenges.

He said the APC-led federal government had brought untold hardship to teeming Nigerians, saying more confusion awaits the party till it goes into ‘irredeemable political extinction’.

The ex-governor bemoaned the killings by bandits, in the North especially Katsina, Kaduna, Zamfara and Sokoto States, adding “God will never be happy with a party that its government is doing nothing to stop the bloodshed, raping of women; including children and destruction of people’s sources of livelihood going on in the country.”