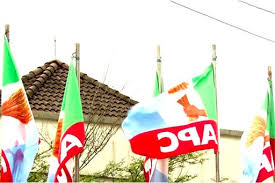 A top stalwart of the All Progressive Congress (APC), in Zamfara State Alhaji Musa Danmadami, has expressed  fear that the party congress in the state may not hold considering the order from the party’s headquarters.

Speaking in a statement, Danmadani said that there has been palpable tension in the state following the rash decision to deny Zamfara APC supporters from performing their constitutional obligations.

“We can not say for sure the main problems but we believe that the problems must have arisen from the insecurity situation ravaging the so-called Shari’a state.

“But I am advising party supporters not to take side with any political heavyweight because they can settle in Abuja, Kaduna or even overseas. I am aware that Nigeria politicians are not trustworthy in the system,” he said.

He added that the ruling party has a serious problem because the leader of the party, according to the constitution of the party, is Governor Bello Mohammed Matawalle, lamenting that the former Governor Abdulaziz Yari does not want to be under him.

He noted that the party in the state is in disarray following the power tussle in the state, pointing out that the former Governor may defect to another party if the problem was not resolved.

Previous: Sen Abaribe should be in prison by now- Femi Adeshina
Next: 2023 Presidency: Moghalu dumps YPP for ADC