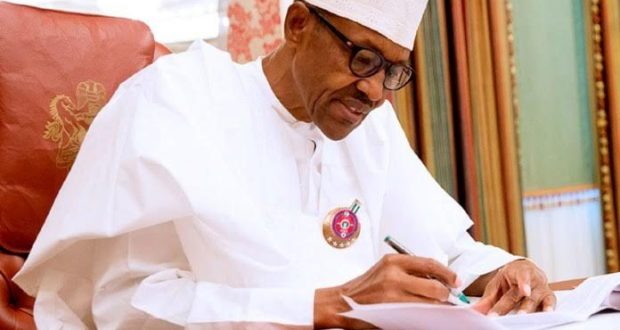 A member of the National Security Committee of Pentecostal Fellowship of Nigeria (PFN), Apostle Eugene Ogu, has tongue-lashed President Muhammadu Buhari for his inability to find solution to lingering

He accused Buhari of standing aloof in the face of the crisis rocking the ruling party.

Apostle Ogu, a former Chairman of the PFN in Rivers State, in telephone interview with newsmen on Thursday morning, described Buhari’s attitude to crisis in the ruling party as similar to his perceived lack of interest in and lack of control of the security and other crisis rocking the country.

“It is of great concern that President Buhari has maintained an undignified silence in the face of the APC crisis, as he has being doing with every issue bedeviling this country: from the problem in his home, to the shooting in ASo Rock Villa, to the security crisis in the North and other parts of the country, there is nobody in charge.”

“It is the same problem with the coronavirus pandemic; there is no coordination and there is no control in the handling of the pandemic; every state seems to have its own president where people do as they please.”

Apostle Ogu, Founder and General Oversee of Abundant Life Evangel Mission, Port Harcourt, further said: “If the President is sleeping, somebody should wake him up, because the country seems to be on autopilot. This is particularly sad and shameful because he has eminent men and women in his cabinet; there are ministers who were very successful in governance.”

“If the President is not control, those who are controlling him and the nation should wake up and face up to the sad reality that Nigeria has become the butt of jokes among other countries in the African continent and beyond.”

“From his matrimonial home to Aso Rock, to the APC, Service Chiefs and everywhere, there is a disorganization that cannot be allowed to continue much longer, otherwise the country will sink under the weight of the crisis.”

“See what happened in Benue during a killing in the past, I was there when the President flew in and said he had directed the Inspector General of Police to move, but (he) was surprised that the IGP did not go there. It is shameful.”

Ogu urged the National Assembly to, as a matter of urgency, investigate what is happening with the President, noting that Nigerians are badly in need of peace and leadership.

“Somebody should tell Mr President that he presented himself for election to serve this country, and if for reason of health or age he is no longer able to do that, he should resign so that the country can move forward.”

“If he is too tired and overwhelmed by the problem he should resign, instead of watching the country burn and doing nothing. Nigeria is badly in need of leadership and if he cannot provide it, let him resign and go take a deserved rest,” Apostle Ogu said.

Previous: Oshiomhole to Giadom: Your claim of chairmanship is against common sense
Next: APC chieftain threatens legal action against Ajimobi’s appointment as National Chairman