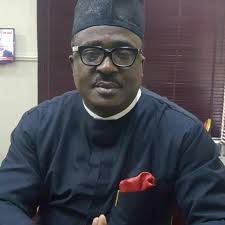 The All Progressives Congress (APC) chapter in Cross Rivers has denied suspending the immediate past National Vice Chairman South-South Ntufam Hillard Eta was never suspended by the party in the state.

They reacted based on a letter purportedly signed by one Chief Francis Ekpenyong stating that the former national vice chairman of the party has been suspended.

The party, in a statement by the state publicity secretary, Bassey Ita in Abuja on Sunday evening, dissociated the executives from the said letter or publication, adding that the APC leader has never committed any constitutional breach that would warrant his suspension.

The party said: ‘’Cross River State has been drawn to a trending media report following a letter signed by one Chief Francis Ekpenyong alluding to the purported suspension of Ntufam Hilliard Eta by the party Exco.

‘’While we dissociate from the said letter or publication, we want to draw the attention of the public to the fact that the signatory to the said letter is known to be a dissident whose stock in trade is to cause mischief in the party for his commercial gains.

‘’The said signatory is not and has never been the Secretary of our party and can be better described as an impostor.’’

The statement called on the party men and women to continue to put intrinsic confidence in its leaders and the leadership especially in the renewed and ongoing bid to reconcile and reunite various Interests and tendencies.

‘’Members of the public are also advised to disregard the said letter and the purported suspension as it is not a product of the Cross River State Executive Committee of our party.

‘’We salute the few Journalists and Media Personnel who have reached out to us for the true position of things.

‘’In same light we advise those who would wave the professional protocol of balance to always call us or do a thorough investigation of such stories as a way of sustaining the credibility of their publication and their outfits.

‘’We assure that we will be open to any journalist or media outfit that seeks to ascertain the veracity or otherwise of any claim or report,’’ the party stated