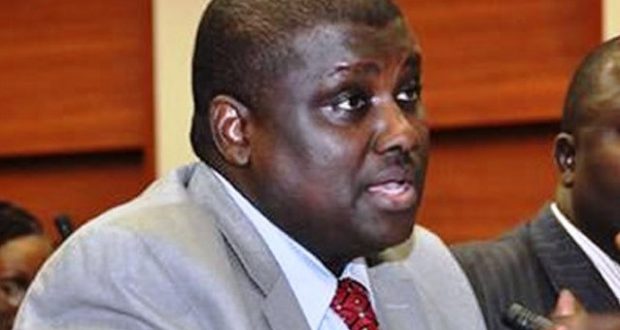 The All Progressives Congress (APC) has condemned the reinstatement of a former Chairman of the Presidential Task Force on Pension Reforms, Abdulrasheed Maina, into the Federal Civil Service, describing it as an embarrasment to the ruling party.

The National Publicity Secretary of APC, Bolaji Abdullahi, who stated this on Tuesday in an interview with reporters in Abuja.

“We are all shocked like any other person. It is almost unbelievable that such a thing can happen,”he said.

Maina was declared wanted by the Economic and Financial Crimes Commission (EFCC) for his alleged involvement in the mismanagement of about N2 billion pension fund.

He had reportedly disappeared from public glare only to resurface in October 2017 and take charge as an acting director in the Ministry of Interior.

Amid various resistance to the development from Nigerians, President Muhammadu Buhari ordered Maina’s immediate dismissal and demanded a full report of the circumstances of his recall.

Abdullahi, who said the reinstatement was unacceptable and also embarrassing to the Federal Government, however, commended the President’s decision.

“We (APC) are all delighted that President Muhammadu Buhari has taken very decisive punitive action against those that are involved. We are also delighted that he has ordered a full-scale investigation into the circumstances that led to this individual to be reinstated into the public office,”he said.

The APC spokesman said the party was optimistic that those found to be part of the development would face appropriate consequences.