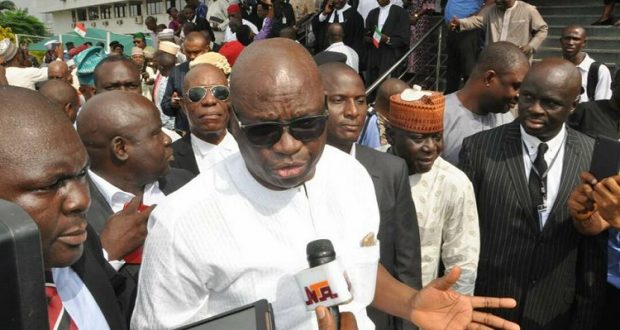 Ekiti Governor, Ayodele Fayose has denied being part of governors who approved the withdrawal of $1billion from the Excess Crude Account to execute the campaign against Boko Haram.

Members of the Nigerian Governors Forum had on Thursday approved the withdrawal of $1 billion during the National Executive Council (NEC) meeting that was presided over by Vice President, Yemi Osinbajo.

In a post on his Twitter page on Friday, Fayose wondered what the Federal Government would need the money for when it said Boko Haram has been defeated.

“For posterity sake, I wish to place it on record that I was not among the governors, who approved the withdrawal of $1bn, almost half of our savings in the Excess Crude Account, which belongs to the three tiers of govt to fight an already defeated Boko Haram.

“Since they said they have defeated Boko Haram, what else do they need a whopping sum of $1 billion (over N360 billion) for, if not to fund President Buhari’s re-election in 2019?

“The APC promised to wipe out Boko Haram within six months, now it is 31 months and what the APC government is wiping out is the economy of Nigeria and the means of livelihood of the people.

“They told Nigerians that the decision to withdraw $1bn from the Excess Crude Account was taken by governors of the 36 States, whereas, it was solely the idea of the Federal Government, which they used the arranged National Executive Council meeting to achieve.

“N360bn is equivalent to what the Federation Account Allocation Committee share to the FG, 36 States and 774 LGs monthly. Nigerians deserve proper explanations from the FG on the rationale behind spending such huge sum of money to fight an already defeated Boko Haram.”