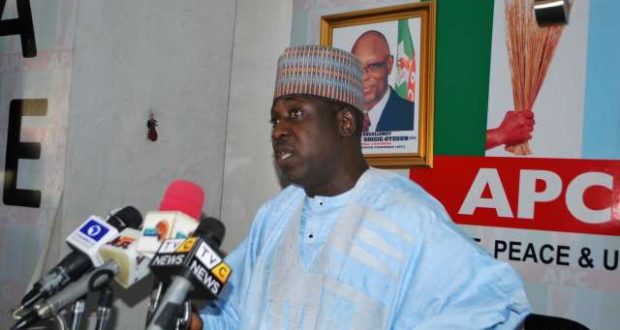 The All Progressives Congress (APC), has described allegations that it plans  to use the Military to rig the November 18  governorship election in Anambra as “baseless.”

The APC National Publicity Secretary, Bolaji Abdullahi  told journalists in Abuja on Thursday that the party was confident and was working hard to ensure victory at the poll.

Abdullahi said all the contestants at the primaries were solidly behind the party’s candidate and that all hands were on the deck to ensure victory for the party.

“As the ruling party, we have won and have lost elections; in places where we lost, why did we not use the Military to rig the elections?

“Unless people have credible evidence, they should not make such allegations,” he said.

He also denied allegations that the  party was suppressing members of opposition parties.

The APC Spokesman said the party did not have power to arrest or interested in arresting people.

He said APC was only interested in winning elections and winning more followers.

Previous: Benue: Yoked by unpaid salaries, Ortom says God has okayed him for second term
Next: 2019: It’s my wish to re-contest, I wish Buhari the same, says PDP Governor of Ebonyi