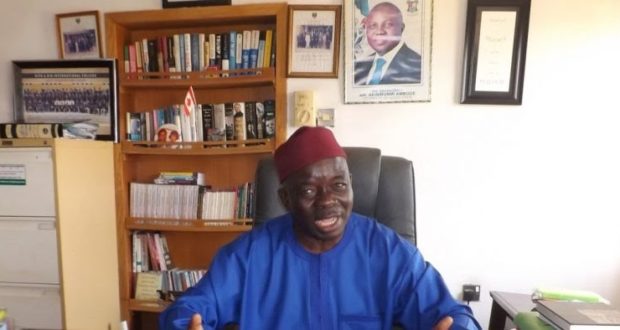 A group within the  All Progressives Congress (APC) chieftains in the east senatorial district of Lagos State has has thrown its weight behind the former Commissioner of Agriculture, Kaoli Olusanya, for the senatorial seat left vacant by the death of Senator Bayo Osinowo.

The statement was signed on behalf of the group by A. O Saliu and Bamisaye P. O on Saturday.

The party faithfuls explained that their decision to back the former Commissioner was borne out of their conviction that he is the right person to take up the mantle and continue where Senator Osinowo stopped.

Speaking under the auspice of the Lagos East Network (LEN), the politicians said the APC in the east senatorial district has benefitted immensely from Kaoli’s wealth of political and administrative experience, so it is just appropriate for him to be allowed to go and represent the district at the national assembly.

They described Kaoli as a reputable educationist and respected politician, he served as commissioner for eight years in the administration of Asiwaju Bola Ahmed Tinubu between 1999 and 2007. “He remains one of the best Agriculture commissioners in the history of the state,” the group claimed.

“As the Vice chairman of the party in the district, he discharged his duties with fairness and firmness. And for this he is well loved. Little wonder that majority of party and public office holders are now solidly behind his aspiration. ASIPA is not a laid back politician, he knows the entire district like the back of his hand and party leaders and members in Lagos East know him well too. So, we strongly believe Asipa Kaoli is a brand we can be sure of being well patronised if we all rally round him