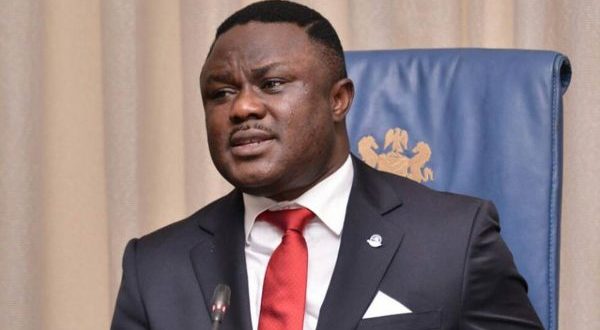 All Progressives Congress (APC) has lacerated the Cross River House of Assembly for giving approval to state government to deduct N50 million from each of the 18 LGAs’ funds.

The assembly gave the approval for the fund cut, which totaled to N900 million, as its corporate support to boost Governor Ben Ayade’s campaign to contain the spread of coronavirus in the state.

The governor was said to have announced, after he received the approval of the fund deduction from the state House of Assembly, that the government would release the sum of N500 million to support the COVID-19 fight.

The governor had added that the state, so far, had enjoyed financial and material donations from corporate firms, individuals and religious organisations to cushion the effects the virus had on the people of the state.

The state, though with no record of the dreaded virus yet, had like other states in Nigeria, restricted movements in the state and placed other measures.

However, the state APC, in a statement by Mr Bassey Ita, its Publicity Secretary said:

“It is ridiculous that with whooping provisions in the previous and recent budgets for healthcare in the state, the government is still going cap in hand to councils for funds to tackle the COVID-19 epidemic.”

Previous: IBB warns Nigerians against playing politics on COVID-19
Next: PDP to Buhari: Your speech is very disappointing, you are inflicting hunger on Nigerians