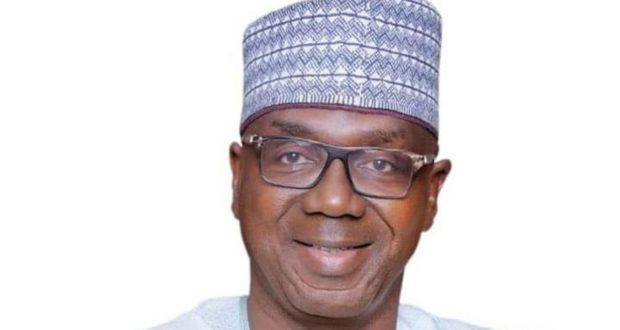 The All Progressives Congress (APC) has lauded Gov. AbdulRahman AbdulRazaq of Kwara of being`an astute administrator’ who stopped the era of profligacy and graft that crippled the state’s resources and development.

In a statement signed by the National Publicity Secretary of APC, Malam Lanre Issa-Onilu, in Abuja on Wednesday, the party said this while felicitating with AbdulRazaq on the occasion of his 60th birthday.

“Our great party celebrates a philanthropist, shrewd businessman and an astute administrator who has brought to bear his wealth of experience in the governance of Kwara state.

“Since Gov. AbdulRazaq’s government was inaugurated as the seventh elected governor of Kwara state, he ditched the era of profligacy and graft that crippled the state’s lean resources and arrested its development.

“He is instead institutionalising corporate governance and prudence in the running of government,’’ he said.

According to him, the governor has also demonstrated his administration’s resolve to focus on pro-people initiatives and adopts all-hands-on-deck approach in the administration efforts to reposition the state.

“The positive impact of the governor’s governance style has been evident in different sectors of the state; infrastructure, education, health, social amenities and other government services.

“Under his redemptive administration, the inherited water supply crisis has been solved with water now running in most parts of Ilorin, the state capital.

“The feat is also coupled with the near completion of the rehabilitation and upgrade of the state’s four major water works located in Ilorin, Lafiagi, Patigi, and Igbaja,” the party’s spokesman said.

According to him, the previously moribund state-run media outfits; Radio Radio, Kwara Television and The Herald newspaper, are receiving attention.

“Through planning, funds injection and reorganisation, several state-run educational and health institutions are being re-positioned and given a new lease of life for the benefit of the poor and vulnerable.

“The APC family prays for good health, long life and wisdom as the governor builds a Kwara State that works for everyone,” he said