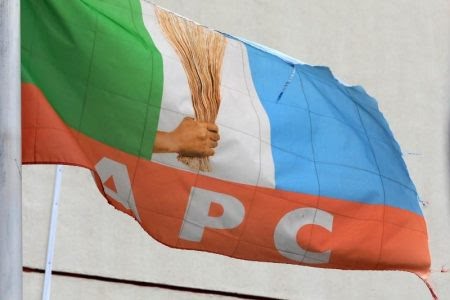 Gov. Mai Mala Buni-led Caretaker and Extraordinary Convention Planning Committee (CECPC) of the All Progressives Congress (APC) has appealed to aggrieved members of the party to halt all litigations in courts in the spirit of true reconciliation.

The committee made the appeal in a statement issued by Mr Yekini Nabena, APC Deputy National Publicity Secretary, on Tuesday in Abuja.

Nabena said the appeal flowed from a meeting held to review the implementation of the committee’s three months action plan.

He said the committee was hopeful that the affected parties would fully comply with the appeal in the true spirit of peace and reconciliation.

On the party’s ongoing reconciliatory efforts, Nabena said that the committee had substantially reconciled various factions in some of its affected state chapters.

Some of the states which disagreements had been resolved and warring factions reconciled include Bauchi, Bayelsa, Cross River, Edo, Ekiti, Enugu, Zamfara, Ondo, and Oyo states.

He added that the committee was constantly in touch with the party’s stakeholders, elders, governors, state chairmen, and its National Assembly caucus.

He further noted that the committee was also in constant touch with youths and women groups within the party, ministers and heads of parastatals.

“The committee is constantly briefing the President, Chairman Progressives Governors Forum (PGF), Senate President and Speaker House of Representatives, with a mid-term report which will enable it to take all inclusive decisions,” Nabena said..

He noted that the process for revalidation of the party’s nationwide membership register was ongoing.

The News Agency of Nigeria reports that APC Caretaker and Extraordinary Convention Planning Committee was inaugurated in June to reconcile aggrived members of the party.

The committee which has six months life span within which to complete its assignment, is also expected to plan a national convention for the election of members of the party’s National Working Committee

Previous: US 2020: President Trump commends supporters in Nigeria, calls there rally a great honour
Next: Trump vs Biden;: Tght race in key states as results trickle in