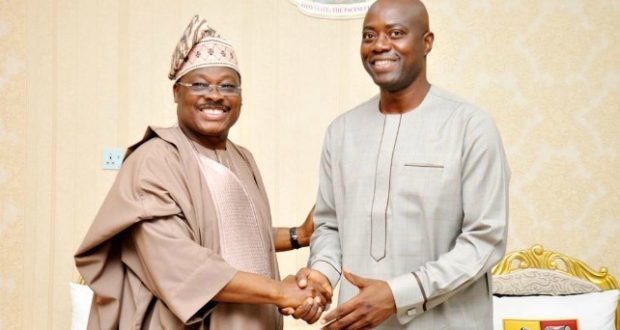 ‘The All Progressives Congress (APC) in Oyo State has urged Governor Seyi Makinde to stop blaming his predecessor, Abiola Ajimobi for his failure.

The party said the governor should instead accept his incompetence in leasing the state.

The statement was made  by the state Chairman, Chief Akin Oke.

Oje praised Nigerians and President Muhammadu Buhari’s administration for the decisive actions taken to mitigate the effect of the COVID-19 pandemic, despite the scarce resources and inherent challenges.

The party said that the relative curtailment of COVID-19 was as a result of some proactive measures put in place by the Federal Government and some state governors who have proved to be competent enough.

“COVID-19 took the whole world by storm, as it has claimed several thousands of lives in super power nations such as China, United States, United Kingdom, Spain and Italy, while Nigeria has a record of five deaths and less than 250 cases with 25 recoveries as at now in spite of a huge population of about 200 million people.

As a member of the global community, it would have been extremely difficult for Nigeria to prevent the virus from coming in and this makes it imperative to appreciate governments at all levels and the citizenry on the feat recorded.

Makinde had alleged that the health facility converted to infection and diseases control centre in Olodo, Ibadan was left in bad shape by his predecessor. The facility was built by the Ajimobi administration.

He also accused the Federal Government of insincerity in its cash transfer to the poor as a palliative for the COVID-19-induced economic hardship.

“it is on this premise that we are calling for more concerted efforts from the Governor Makinde administration to raise its game and ensure that no stone is unturned in a bid protect the people from further spread.

“This is not the best time to cover up incompetence and apportion blame to the Federal Government or the past APC administration of Senator Abiola Ajimobi over the inability to put in place the right facilities, formulate correct policies and rise up to the challenges posed by COVID-19.

“It was Sen. Ajimobi who built divinesilities at Olodo, Jericho and a few other places across the state being readied for the treatment of coronavirus patients, but Governor Makinde chooses not to acknowledge this for reasons best known to him.

“The same governor who finds it extremely difficult to synergise with the Federal Government and its relevant agencies on the need to attract the right attention to Oyo State with nine established cases amid a population of about more than nine million people takes delight in disparaging President Buhari’s various Special Intervention Programmes (SIPs).

“This is rather unfortunate as we call on well-meaning indigenes to talk to Governor Makinde on the need to be a good team player.

“However, we are taking this opportunity to underscore the demonstration of high sense of empathy, responsibility and responsiveness by privileged members of Oyo APC who have reached out to fellow party faithful and other citizens in cash and kind since COVID-19 came with its attendant lockdown and hardship.

“Many of our people have risen up to the occasion and worked assiduously to give succour to the people across all divides.

“As the whole world looks towards a complete eradication of Coronavirus, we as a progressive party urge more caution while we appeal for people to avoid any activity capable of increasing its spread.