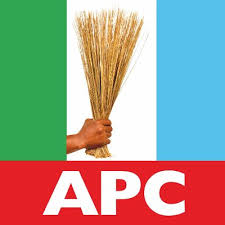 Top members of All Progressives Congress (APC) in Ojodu Local Government Area have accused the council Chairman, David Odunmbaku, of discrimination in the sharing of supervisory offices.

The matter was so serious that the members took their protest to the party secretariat on Acme Road, Ikeja, and the House of Assembly, and presented their protest letter.

At the Assembly, they were addressed by Chairman of the House Committee on Youth and Sports Development, Moshood Osun, who spoke for the Speaker, Mudashiru Obasa.

Wale Ajala, who spoke for the protesters, decried Odunmbaku’s overbearing attitude. According to him, the reconciliation agreement signed by APC National Leader Bola Tinubu stated that political offices, both elective and appointed, should be shared equally between the two major camps in the council – the James Faleke and Omolaja Odunmbaku camps.

Previous: 2023: Many aspirants seeking positions just want to loot- Oba of Benin
Next: Killers of APC chieftain in Bayelsa must be found- Party tasks police