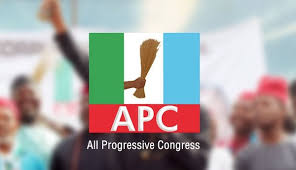 Ward Chairrmen of the All Progressives Congress (APC) in Akwa Ibom have blamed National Secretary of the Caretaker Committee, Senator John Akpanudoedehe, for electoral misfortunes of the party in the State.

According to them, Akpanudoedehe’s highhandedness and penchant for arrogating all powers to himself caused the APC to lose elections in 2015 and 2019.

They warned the party may lose out again in 2023 if his excesses are not checked.

Addressing a press conference at the weekend, Williams said: ”We are here to express our positions over the nonchalant attitude of members of the State Executive Council. We resolve that the party belongs to all of us not to a group of people or an individual.

”We condemn the acts of some individuals marginalizing others and hijacking the party structure to themselves.

”We also say that the Ward Congress Committee was never constituted in readiness to that congress, nobody was interviewed and nothing was done to prepare for the congresses.

”We also want to state that the list of the aspirants for the ward congress was not published neither were the aspirants screened in line with the provisions in the party’s Constitution.

”Following therefore we affirm the suspension of Dr. Ita Udosen, the State Secretary and entire members of the State Working Committee of the party. We are also in total support of the position of the State Executive Committee in appointing Pastor Edidiong Idio as Acting State Caretaker Chairman of the party in the State.

”We pass a vote of no confidence on the National Caretaker Secretary Senator John Akpanudoedehe based on his biased role in the failed congress.

‘’We therefore call for his removal as National Caretaker Secretary of the party. His governorship ambition is not bigger than the party”.

But Akpanudoedehe dismissed the allegations as ‘unfounded and untrue’, saying fifth columnists within that Akwa Ibom chapter of the APC were blackmailing him.

His Press Secretary, Mr. Ata Etuk, said: ”Akpanudoedehe is a founding father and a unifying force in the party who cannot do anything to destroy the party.

”Whatever fifth columnists in the APC are doing trying to destroy the party it is not Senator Akpanudoedehe. They don’t have any reason to call for his removal.’’