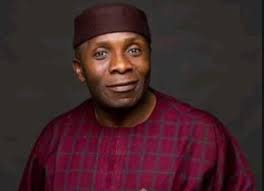 Benjamin Apugo, a member of the Board of Trustees and national caucus of the governing All Progressive Congress (APC) has said that Secretary of the National Caretaker Executive and Extra Ordinary Convention Committee of the party, Senator John Akpanudoedehe, is aiding anti-party activities by some chieftains

According to him, the act manifested at the last ward congress of the party.

It should be noted that  the controversies trailed the July 29 ward congress of the party in the Abia chapter of the APC.

The party made his feelings known at a press conference held in his Nkata Ibeku Umuahia residence during the weekend.

He added that he was surprised that the continued anti-party activities displayed during the party’s exercise has become a clog in the wheel of progress, and as well, has posed a negative threat to the gains greatly recorded in the development and overwhelming acceptability of the party in the state.

Apugo told the Governor Mai Mala Buni-led National Caretaker and Extra Ordinary Convention Executive Committee (CECEC) of the party, that its Secretary of the committee on contacts and mobilization of the national convention lacked electoral values

He claimed that the national committee on APC ward congress compromised the process, wherein its allowed a faction of the party led by Emenike to lured them to his residence and falsified results

He advised genuine members of the party in the state to remain steadfast and continue to work assiduously.

“In this particular case, he shot himself completely because he was expelled from the party, after the state rectified it, Oshiomhole announced his explosion and he has not been recalled. Even at that if he were recalled, the people that came for the Ward Congress are robbers. They didn’t report to the party state secretariat, Commissioner of Police was waiting for them because they were supposed to have submitted their letters to the police, DSS and INEC, but they didn’t do that, nobody saw them. They went straight to Ikechi’s house and faked the result. It was the caretaker local government chairmen that were supposed to have conducted the Ward Congress, with the people from Abuja witnessing.

“So, the LG Caretaker Committee chairmen from the 17 local governments were all at the party secretariat, but they didn’t see anybody from Abuja. Ikechi Emenike has been like that. Even if there is nobody in the state, what he is doing cannot work. Apart from the fact that the state caretaker committee went to court, what Ikechi is doing cannot work, so forget about Ikechi Emenike.

“The nation knows that everything wrong was done by them, so, they are looking for a way to remedy it, knowing full well what Ikechi Emenike did is nonsense. The National Caretaker Committee never made a mistake. They did it willingly. It was John James Akpanudoedehe, the so-called national caretaker committee secretary that did it. I don’t believe it was Mala Buni that did it, even though it was him who was secretary when Ikechi did the first one”.