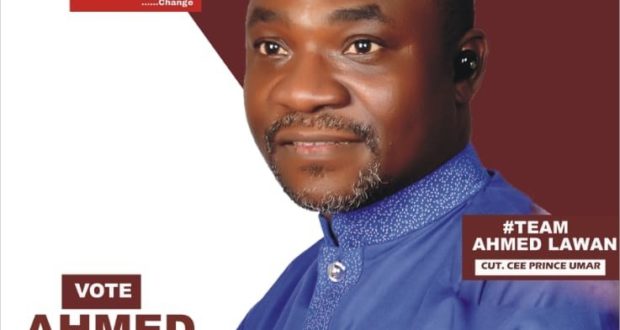 The Adamawa APC Youths Vanguard has endorsed the candidature of Alhaji Ahmed Lawal for position of National Secretary of the party.

Lawal is the current state organising secretary of the party.

Mr Jeremiah Dogo, State Coordinator of the group, made the declaration while briefing newsmen on Tuesday in Yola.

Dogo described Lawal as the candidate suitable for the position in view of his wealth of experience in party leadership and loyalty.

He stressed the need to include vibrant youths in strategic positions of leadership, adding that such would nurture the youths to efficiency in future leadership tasks.

He also said that the consideration of youths in such positions would make them have a sense of belonging within the corridor of power.

The coordinator appealed to the APC in the Nort-East to consider merit and loyalty in electing their representatives at the national level.

“We wish to declare that the aspirations of Ahmed Lawal for the position of national secretary of our party is in the best interest of Nigerian youths.

” With Ahmed Lawal as the national secretary of APC, the APC youths will have a sense of belonging.

“We appeal to our governors and other party stakeholders in the North-East to consider merit and loyalty in choosing our representatives at the national level.

” We, the members of Adamawa APC Youths Vanguard have therefore, endorsed Ahmed Lawal for the position with assurance that he will assist in strengthening APC in the region,” he said