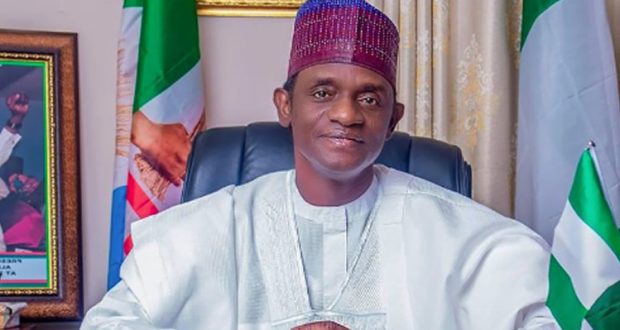 The All Progressive Congress, APC is initiating some reforms in its proposed amendments to the constitution so as to ensure party discipline and accountability.

Acccording to Punch, It was also gathered that the party will equally be taking a second look at the use of its discretionary waiver which confers on a new entrant the privileges enjoyed by older members.

It was gathered that in Abuja, on Friday, that other amendments being considered include a change in nomenclature, membership and number of persons eligible to be on the party’s Board of Trustees.

An Elders’ Council, made up of present and former Presidents, Vice-Presidents, Senate President/ Deputy Senate President as well as former National Chairmen of the legacy parties, who are still members of the APC, it was gathered, will form the nucleus of the council.

A highly placed member of the party’s National Executive Council, who has an insight into the planned amendments, confided in our correspondent.

The source said, “If the changes being proposed scale through, you will see a different APC going forward. We intend to have an Elders’ Council to replace the BoT, which has not even been inaugurated since we formed the party. If it was functional, we probably wouldn’t be having the problems we are having within the party today.”

The source, who spoke in confidence because he was not authorised to speak to the media on the issue, added, “There is also this issue of people joining the party’s today and flying the party’s flag tomorrow.

“We want to put measures in place to discourage people from joining the party solely because they want a platform to contest elections. This is part of our plan to reward loyalty to the party. The use of our discretionary waivers will be strengthened to guard against abuse. It is not something that a national chairman can just wake up and hand out, the process and procedure will be respected.

“Financial accountability on the part of managers of the party will also be a norm rather than the exception; audited accounts will be published at least on an annual basis.”

It was further gathered that Articles 13 and 20 of the APC Constitution 2014 (as amended) are likely to receive attention.

The Articles 13 and 20 for amendments were earlier recommended by the Muiz Banire-led constitutional amendment panel under the leadership of former National Chairman, Chief John Odigie-Oyegun-led National Working Committee.

Also, the representative of youths in the APC Caretaker/Extra-Ordinary National Convention Planning Committee, Ismaeel Ahmed, revealed plans by the party’s youths to push through amendments of their own.

He said youths were proposing an amendment to the APC constitution to compel elected and appointed leaders to go back to their wards to sell the policies and programmes of the party.

‌
Ismaeel said, “It is high time our leaders went back to their wards and met our party members at least every six months. You can imagine how a party member will be anxiously waiting for Mr President or the Senate President or a governor or minister attending ward meetings.’’

“This will help to energise our people and build the faith of party members at the ward level of the party and our leaders.

“It will also help educate and inform party members at the grassroots of policies and programmes of the government. I have discussed it with Mr President and he is disposed to the idea. He welcomed it and I think we have to ensure this through constitutional backing.

“We proposed some vital recommendations for changes in the APC constitution and guidelines for congresses and primaries which we believe would see better participation of young people in the party’s activities and process.

“We also looked at presenting a draft for the APC Youth Policy Agenda and including certain items in the APC manifesto that cater for the welfare of the Nigerian youth.”