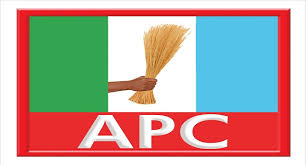 .Garba Shehu, presidential spokesman has revealed that President Muhammadu Buhari played a neutral a role in the All Progressives Congress (APC) primary for the 2023 presidential ticket.

According to him, those who had assembled to witness a catastrophe were disappointed.

In a statement, the presidential spokesman noted that there was no intrigue, no division, no disagreement, no defeated candidates rejecting the result, no splits and no third-party runs.

Shehu said the opposition’s reaction to the successful nomination convention has come by way of a counter offensive.

The aide said there was clear evidence of a conspiracy to destabilize the governing party and defame the president.

“President always said he had a favoured candidate. He said that candidate was whoever was chosen by the APC in a democratic primary to lead the party at the election.

“The President had a clear purpose leading up to the primary: to ensure a transparent, free and fair process that will bring back people’s faith in democracy by taking good governance up to the grassroots level.

“Those still assailing the APC and the President expounding conspiracy theories and making all manner of speculations about who did what or did not need to understand the important point about the country’s leader.”

Shehu insists President Buhari takes his own decisions and carries them out without the backup of a so-called “cabal” or back room boys.

The presidency said people make assumptions that if one is a leader, the person dominates everything, including electoral outcomes.

The statement added that Buhari does not suffer from such constraints and refuses to act as the elected autocrat.

Noting that the flagbearer has been chosen. Shehu maintained his principal has an unwavering support and “the journey to victory continues”.

Previous: Islamic Cleric to Tinubu: I will mobilize Muslims against you if you choose Christian running mate
Next: Muslim-Muslim Ticket: Don’t be afraid, Tinubu’s wife is a Pastor- Kalu tells Christians