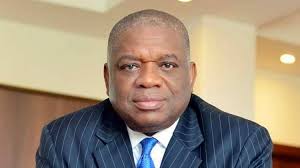 APC Primaries: I can still join race if party zones it to South East- Orji Kalu

He added that it would join if the party decides to zone the position to the South-East.

He noted that if the ruling party doesn’t do that, then  all other aspirants from the South-West and South-South should step down for Senate President, Ahmad Lawan.

According to him, the  Presidency should only go to the South East or the North East, the two zones that are yet to produce the President of the country.

“Anything that is not South East is not justice. Justice goes to the North East,” Orji Kalu said on Channels Television on Monday evening.

“There are two zones that have not produced a President and the South East is not going to support anybody from the South South or South West.

“The only justice going South is South East and that could be fairness. That is if you want to talk about justice, equity or one Nigeria.

“So, the only thing to do now is that Ahmed Lawan is the only person on the table. He is from the North East and they’ve never been President.”