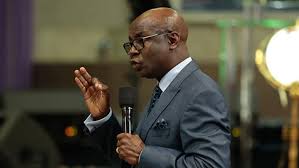 APC Primaries: I passed test of character by not paying any delegate- Bakare

The founder of Citadel Global Community Church, has broken silence  since he recorded no single vote during the just-concluded presidential primary of the ruling All Progressives Congress, APC.

It will be recalled that the national leader of the ruling party, Asiwaju Bola Tinubu, emerged the party’s flag bearer after polling 1,271 votes.

The fiery cleric n was one of the aspirants who paid N100million to purchase the presidential form and has praised himself for his conduct during the election.

Bakare said he is delighted with the character he showed.

“Those who will make a difference must be different,“ Bakare was quoted by The Nation.