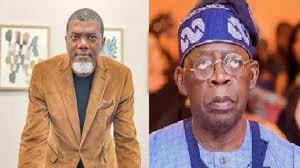 Ex-presidential aide Reno Omokri has taken a dim view of the chance of the Vice President Yemi Osinbajo in the upcoming  APC presidential primary election.

According to him, is no chance for  Osinbajo emerging as the presidential candidate of he coming primary.

The former aide of Ex-President Goodluck Jonathan predicted that the National Leader of the APC, Bola Ahmed Tinubu, would come first in the presidential primary, either a former Minister of Transportation, Chibuike Amaechi or Senate President, Ahmed Lawan would come second.

It should be noted that the Vice President is one of the 25 presidential aspirants who purchased, filled and submitted the nomination and expression of interest forms of the APC.

People see Osinbajo as one the  leading contenders for the party’s sole ticket. But Omokri says the Vice president is just wasting his time.

Tweeting on Thursday afternoon, Omokri said, “I think by now it has dawned on Osinbajo that if APC primaries are by direct democratic free and fair primaries, he will be disgraced! He won’t even come second.

“It will be Tinubu first, and Amaechi or Lawan second. His only hope is a consensus candidacy. Am I lying?”

Previous: Senatorial Seat: Sen Adeola and Ogun APC elders at war path over eligibility
Next: You can’t use us to achieve political ambition- NBA hits back at Wike