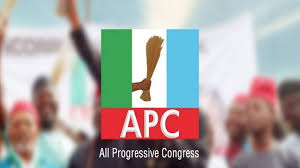 In preparation for the Ekiti governorship primary election planned to hold on January 27, the ruling All Progressives Congress (APC) on Tuesday screened all the governorship aspirants in the State.

It was learnt that the Ekiti State gelection screening committee chaired by Senator Domingo screened all the aspirants at the national secretariat of the Party in Abuja.

It has not been confirmed if any of the aspirants was disqualified.

It should be noted that the poll would take place on June 18 to elect a new governor.

Previous: Tyrannic posture of leadership of APC leadership made me resign- Former PGF DG
Next: 2023: I will pay students’ WAEC fees of I become President- Tinubu