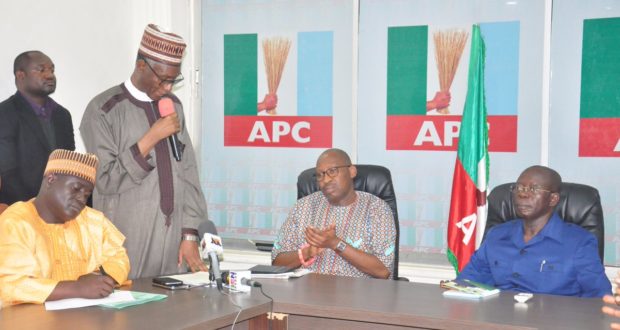 APC shifts date of Governorship Primaries from September 29 to 30

The All Progressives Congress, APC National Working Committee(NWC) has rescheduled its Governorship Primaries earlier fixed for September 29, across states of the Federation to September 30.

This, is according to a statement issued by Yekini Nabena, the APC National Publicity Secretary on Thursday in Abuja.

According to Nabena in a separate statement, below is a list of Governorship Aspirants from states of the Federation that were cleared to contest the Primaries by the party’s Governorship Screening Committee.

The list also contained names of Aspirants that were not cleared and those that withdrew from the race.

Previous: Oyetola would build on Aregbesola’s legacies, says APC
Next: Abe: I will boycott APC Governorship Primaries if…