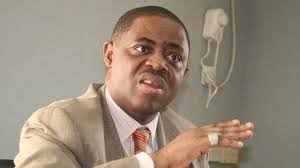 APC should field a northerner to defeat Atiku, says Fani-Kayode

It was reported earlier that Atiku polled a total of 371 votes to defeat his closest rival, Governor Nyesom Wike of Rivers State who garnered 237 votes.

It will be recalled that Gov Aminu Tambuwal had stepped down for Atiku before voting commenced.

He wrote on Twitter, “Congratulations to @atiku. Not only is he a formidable candidate but he comes from a zone that has not produced a democratically-elected President for 62 years. This is justice.

“@OfficialAPCNg MUST field a NORTHERNER if we want to win. Whichever way, a hard fight lies ahead.”