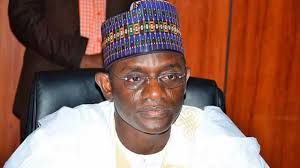 APC to prioritise amendment of its constitution- Buni

The Caretaker/Extra-Ordinary Convention Planning Committee (CECPC) of the All Progressives Congress (APC) is poised to prioritise the amendment of the party’s constitution ahead of the emergence of a new leadership.

The Caretaker Committee said on Friday that the constitutional amendment was more important than the election of new leaders.

Inaugurating the Chairmen of Caretaker Committees for the 36 states and the Federal Capital Territory (FCT) at the party’s National Secretariat, Abuja, the Chairman, Caretaker Committee of the APC , Gov. Mai Mala Buni of Yobe State, said the party’s capacity to “strengthen our rules through constitutional amendment will help us to put all the problems that led to the crisis that brought us to this point behind us.”

Represented by the secretary of the committee, Senator John James Akpanudoedehe, Buni called for “recommendations that will enable us to strengthen our rules.”

The emergency National Executive Committee ( NEC) of the party on Tuesday dissolved the executive committees of organs of the party from zonal, state, local government, ward levels and members of the dissolved organs are to serve as caretaker committees for the intervening period between now and the congresses that will elect new leaders to pilot activities of the party for the next four years in line with the provisions of our party’s constitution.

Buni asked the caretaker chairmen to “facilitate all the required consultations with all the leaders and stakeholders of the party in the state to ensure smooth transition.”

“In addition, you are hereby mandated to, in a similar way, inaugurate the respective caretaker committees of local governments and wards within the next one week,” he said

On the forth coming membership registration and re-validation exercise, the party chairman urged the state caretaker committee members to provide the needed leadership and guidance for a successful exercise in line with all the guidelines that are provided.

Previous: PDP promises to hand over its leadership structures to youths
Next: Fani-Kayode backs Buhari, says House of Reps lacks power to summon him