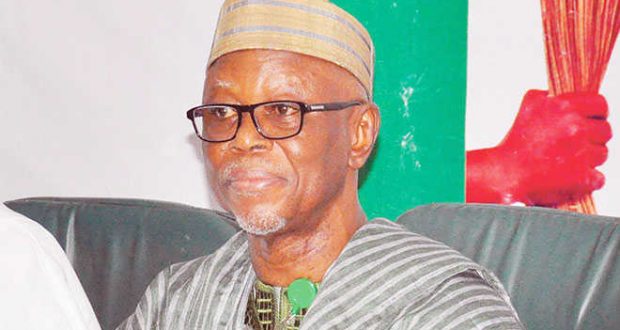 APC to review its performance in 2017 Anambra governorship election

The National Chairman, All Progressives Congress (APC) John Odigie-Oyegun, has inaugurated a four-man strategic Committee to review the party`s performance in the November 2017 Anambra governorship election.

Inaugurating the committee on Monday in Abuja, Odigie-Oyegun said the South-East and the South-South zones were critical to the party and the nation as they had contributed immensely to the country’s development and survival.

He said that the zones for this reasons, must be “fully represented in what is going to be a truly national government of the APC in 2019.’’

Odigie-Oyegun who expressed disappointment at the party`s performance in the November 18, 2017 Anambra governorship election, said the APC should have performed better.

“I expected a much better result at the election and it has become necessary therefore, for us to examine why, and the reason the APC’s score was much lower than we expected,’’ he said.

He said the Committee was expected to do a forensic examination of what went wrong during the election and why the APC did not do well as was expected.

He added that the Committee would also look at the factors that contributed to APC`s failure at that election, considering the fact that it did much better in the 2015 national election in the state.

Odigie-Oyegun further said that the Committee would also look at ways of avoiding a possible defeat of the APC in the zone and other states in the country in coming elections.

He maintained that the reaction and public acceptance of the APC in the state before the election gave it confidence that it would perform better.