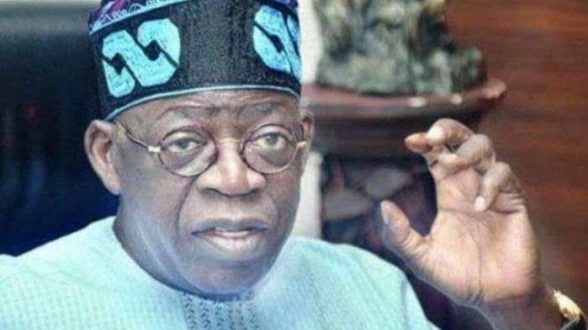 The All Progressives Congress (APC) has showered encomiums on its national leader Bola Tinubu that his  “common sense revolution” dethroned the Peoples Democratic Party (PDP).

The party dropped this message to Tinubu on his 68th birthday.

It noted that in the last 30 years, Tinubu has dedicated his life to the tenets and ethos of progressive politics with unwavering commitment, focus and dedication.

APC recalled that as Governor of Lagos State, Tinubu implemented policies and programmes that have not only endured, but being copied and replicated in many other states across the nation.

“Fundamentally, he did not only lay the foundation for the transformation of Lagos, but also put in place an enduring blueprint for the progressive development of the state.

“Under his guardianship, successive governors have been dutifully implementing the Asiwaju Blueprint which has seen Lagos, viewed previously as a densely populated slum, become a modern mega city.

“As an opposition leader, Tinubu exemplified a strong fidelity to responsible politics, taking on the retrogressive inclination of the Peoples Democratic Party (PDP) government at the centre with gusto, superior ideas and principles through legal and constitutional channels.

“Our great party also note with pride, Asiwaju Tinubu’s outstanding contributions to the APC and concept of “Common Sense Revolution”, which culminated in the overwhelming rejection of the PDP by majority of Nigerians at the 2015 general elections.

Previous: Coronavirus: Buhari caves in to pressure, to address Nigerians by 7pm
Next: Tinubu has fought many battles for the masses- APC chieftain