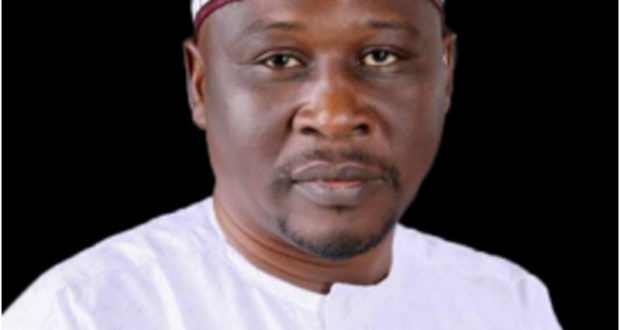 The All Progressives Congress (APC) in Adamawa State has vowed to expel members who accepte appointments from governor Governor Fintiri.

Governor Ahmadu Fintiri who is of the Peoples Democratic Party (PDP) recently appointed advisers and assistants and constituted the boards of several commissions and parastatals, thereby extending appointments to some members of the main opposition APC.

But the APC, in a statement released on Wednesday by its state Publicity Secretary, Mohammed Abdullahi, stressed that members who accept appointments from the PDP government would be removed from the party.

The party said, “We refer to the recent appointments released by the PDP Government in the State that featured the names of some members of our Great Party and wish to draw the attention of the appointees to Article 9.5 of the APC Constitution which states that any party member that accepts a political appointment from any political party or opposition government ceases to be a member of APC.

“While we commend the loyalty and faithfulness of our Party members who rejected the appointments offered to them by the PDP Government, all those who accept the appointments will have their names removed from the Party Register.”

The party accused the APC of attempts to destablize the APC, saying, “The APC is keenly watching the PDP government’s fruitless efforts in trying to cause commotion and disunity within the APC family. This attempt has failed and will ever fail.

“We therefore urge our members to remain resolute and focused in supporting the Buhari Administration as we further unite to take over power in Adamawa State in 2023.”