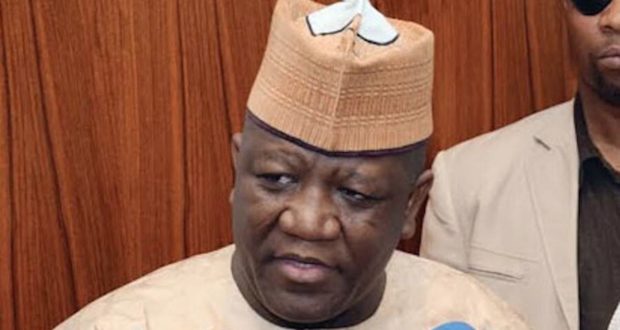 APC will shift power to south in 2023, Yari assures

A former Chairman of the Nigeria Governors Forum (NGF), Alhaji Abdulazeez Yari has given the assurance that the ruling All Progressives Congress (APC) would shift power  to the South in 2023.

The ex-governor of Zamfara State also said he might vie for the office of the party’s national chairman should it be zoned to the North.

Yari said the ongoing reform of the party would enable it to avoid a re-occurrence of the challenges that confronted it in the run-up to the 2019 elections.

Senate President Ahmad Lawan, who was speculated to be warming up for the 2023 presidential contest, yesterday denied nursing any such ambition.

Yari, speaking in an interview, said it was expected that power would shift to the South after the expiration of President Muhammadu Buhari’s tenure.

“As we have seen the nature of how our presidency will look like, it has to go South. The chairmanship may likely as well come to the North in preparation for that,” he said on the phone.

Asked if he was one of the leaders supporting power shift to the South in 2023, Yari said: “Of course, that is how things are supposed to be.”

But he declined to be specific about which of the three geo-political zones in the South should have the ticket.

His words: “I don’t want to make an offensive statement. APC leaders will decide.

“As a leader, I do not want to talk and be offending some of our members and leaders.”

Yari said the ongoing reforms in APC will help avert the challenges the party faced before the 2019 polls.

He added: “The issues we faced towards 2019, our preparation for the party’s convention and primaries was just seven months, which did not give us enough time for litigations and all other issues that came up to get settled for the primaries.

“If we do it (elect party officers) now, we have like two or two and a half years to prepare for the 2023 general elections.”

He said he might seek to lead APC as its national chairman if it is zoned to the North-West.

“If the zoning is decided in favour of the North-West, I believe I am one of the potentials that can be used. Otherwise, it is not something that we can say is zoned to South-West, South-South, South-East or elsewhere.

“So, if it is zoned to the North, definitely I am one of the potentials. I will run for APC chairmanship. If not, I am still a party man.”

On the allegation that he breached COVID-19 guidelines at the Aminu Kano International Airport in Kano, he said there was no such incident.

He said he was expecting an apology from the Federal Airport Authority of Nigeria (FAAN) for accusing him of what he did not do.

He said: “There was nothing like that. Absolutely nothing. When I got to the airport, I met two staff, including one with a thermometer, who took my temperature.

“I even joked with the person on whether or not I was fit to travel. He said, ‘Oga, you are more than fit. Your temperature is 34.’

“The next level was using the sanitizer. I went to the person and the sanitizer was dropped on my palm. I had no luggage. I was only having my phone in my hand. I did not breach any COVID-19 protocol.

“When I read the statement, I was shocked. I went to the Minister of Aviation, Senator Hadi Sirika, and I said even during my adolescent period when I played football, no referee gave me a yellow card.

“Anyone working at the airport should either be my son or brother/sister, not my mate. How can I, as a statesman, be fighting with those who care for us?

“The Minister later issued a statement that there was nothing like that but they have set up a committee to investigate how FAAN came up with such a statement.

“I have asked FAAN to issue a disclaimer. Although FAAN has removed it from its Twitter platform, I am expecting a formal statement and an apology.”.