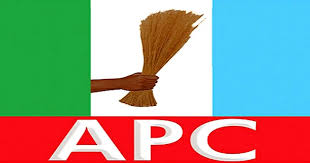 The youth wing of the ruling All Progressives Congress (APC) has thrown its weight behind suspension of Twitter operation.

Acccording to the youth wing, a firm without legal personality in Nigeria cannot be allowed to do as it pleases.

He gave the endorsement while briefing newsmen on the forthcoming National Progressive Youth Conference.

He noted  that government has not banned the social media platform but only placed it on suspension.

“The suspension of a non-legal entity in Nigeria who feels it is okay for it to delete a tweet of the President without a recourse to a conversation with the government representatives if it can reach it, I think at some point government needed to reinstate that it is a sovereign Nation and that no company with whatever name that does not have any legal personality in Nigeria will do to it as it pleases.

“I think there are far more subscribers of Facebook in Nigeria than they are of Twitter but having said that it’s still a very important medium for people. So for whatever it is that government felt to suspend Twitter, not ban, there was a suspension and ofcourse there is a conversation going on between the government and the representative of Twitter and I am sure it will be resolved.”

Speaking on how he personally felt about the development as a youth, he said: “We as young people our job is to represent our constituency and to plead with those we can plead with to come to amicable resolution.

“But I’m I happy that there is no Twitter today that I cannot tweet? Ofcourse not, but I hope there will be an amicable resolution and I hope Twitter will be responsible going forward.”