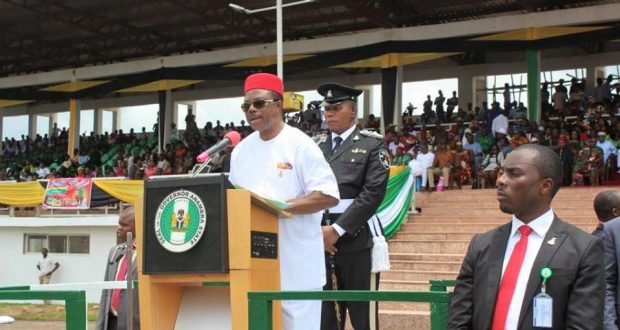 Anambra Governor, Willie Obiano, has expressed confidence that his party – the All Progressives Grand Alliance (APGA), will win elections in other South East states.

He said this in Anambra State, shortly after he was declared the winner of the governorship election on Sunday, November 19.

In response to the fact that he is the only governor form APGA in the region, he said he was not under any pressure whatsoever rather, his re-election would have a ripple effect in helping the party gain more prominence across the rest of the South East.

“Nobody has won 21 over 21. We scored 100% – it was a full endorsement by the people, I was returned unopposed and it hasn’t happened in history despite all the campaign of calumny by funny people all over the place.

“The same thing will happen there and we will do like the Yoruba did. They started from Lagos – AD – won some of the states in the west, now formed a block to be able to negotiate with the centre.

“That is our strategy and we can achieve that with ease,” he added.

Previous: Anambra: Obiano would build on the success he has recorded – Umeh
Next: Anambra made Lagos what it is, whether anyone accepts it or not – Obiano