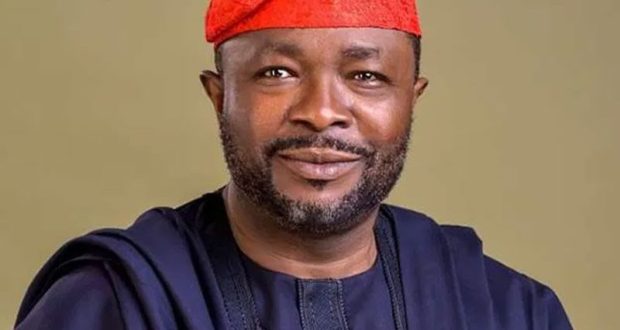 It has been gathered that about 13 members of the All Progressives Congress and Peoples Democratic Party in Lagos State indicated interest in contesting for the by-election to fill the Lagos East Senatorial District at the Senate.

The former occupant of the position, Bayo Osinowo, died on June 15, 2020 after a brief illness said to be connected with COVID-19.

Punch learnt that among leading candidates for the position in the APC are a former Lagos Governor, Akinwunmi Ambode; a former occupant of the position, Senator Gbenga Ashafa, a former House of Representatives member, Dayo Alebiosu-Bush, a former Lagos commissioner, Tola Kasali; and the Director General of Nigerians in Diaspora Commission, Abike Dabiri.

For the PDP, the leading candidates include a former governorship candidate of the Action Democratic Party, Babatunde Gbadamosi; the last PDP flag bearer for the position, Princess Abiodun Oyefusi; and a public relations expert, Adedipe Shobajo.

The spokesperson for the Lagos PDP, Taofik Ganiu, said his party would ensure it fielded the best candidate.

He said, “What is operating in the PDP Lagos now is that we are set for any election. For the Lagos senatorial district by-election, we want to field our strongest candidate who will not be rejected by Lagosians. There are seven aspirants already.

“We are also happy to note that a lot of the APC chieftains are making plans to have us as a platform. We are aware that the APC national body is endorsing somebody and other aspirants are aggrieved. So, our doors are wide open for them to take advantage of it.”

Ganiu said the greatest asset of his party was its plan to end godfatherism in Lagos, adding that the coming by-election would be an opportunity for the PDP to showcase its best hands before claiming the state come the 2023 general elections.

However, the APC spokesperson, Seye Oladejo, said the ruling party was still mourning the death of Osinowo, aka Pepper.

“But I can tell you that it’s going to be in the public domain when the time is right; it will not be hidden