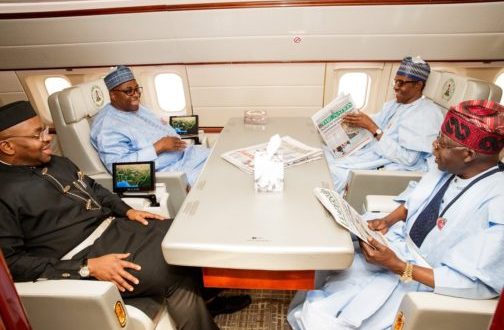 Atiku, even in his native Adamawa can’t win any election – Buhari’s Aide

The Personal Assistant to the President on Social Media, Lauretta Onochie, says President Muhammadu Buhari will defeat former Vice President, Atiku Abubakar in any part of the country when Nigerians go to poll.

Onochie said this on Sunday in Abuja when she featured on the weekend edition of Channels Television’s political programme.

Asked whether the former Vice President would be the biggest nightmare for the ruling All Progressives Congress (APC) and Buhari Administration in the 2019 Presidential election, she said, “absolutely not”.

“He (Atiku) may have had that weight some years ago but over the years he’s been losing that weight and at the moment, I can tell you that even in his local government area in his native Adamawa, he can’t win any election. So where is the weight? the Presidential Aide questioned.

This comes hours after the former Vice President announced that he has officially returned to his home, the Peoples Democratic Party (PDP) following his resignation from the APC last month.