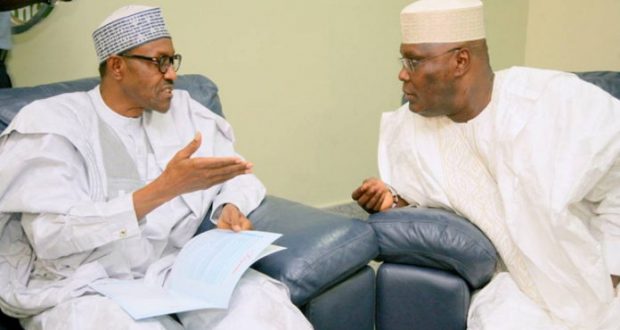 Atiku has no chance against Buhari in 2019 – Presidency

The Presidency has said the resignation of former Vice President, Atiku Abubakar as a member of the All Progressives Congress (APC) would not affect President Muhammadu Buhari’s chances in the 2019 Presidential election.

The Special Adviser to the President on Political Matters, Babafemi Ojudu, who said this, noted that the Presidency was not entertaining any fear over the development.

Politico.ng reported that Abubakar announced his resignation from the APC in a statement on Friday.

Previous: PDP lost election in 2015 due to insurgency in the North East – Dokpesi
Next: Obanikoro officially joins APC