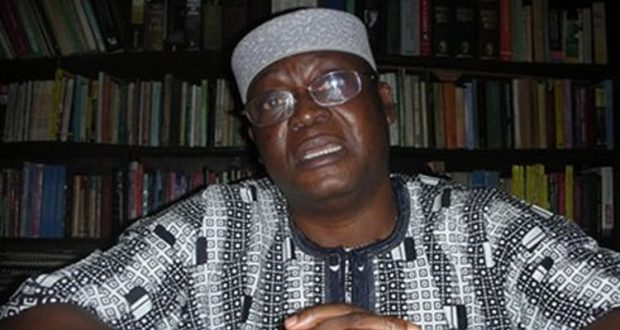 The National Publicity Secretary of the Peoples Democratic Party (PDP) Caretaker Committee, Dayo Adeyeye,
said the ruling All Progressives Congress of President Muhammadu Buhari is on the way to making Nigeria a one party state starting with the arbitrary arrest and detention of opposition party members.

Adeyeye in a statement issued in Abuja, said the party had in a few weeks ago alerted that there was a list of 50 of its top leaders marked down for “arrest and incarceration”.

“In the last one week, Danladi and Anyim, two prominent members of our party, were arrested by the anti-graft agency, the EFCC.

“These are all part of the agenda to create an atmosphere of fear and insecurity around PDP members before and after the National Convention.

“It is also part of the overall strategy of the ruling party to turn Nigeria into a one-party state,’’ he alleged.

On the resignation of the former Vice President, Atiku Abubakar, from the APC, Adeyeye said that PDP’s door was wide open for him.

He said that Abubakar, who was one of the founding fathers of PDP, became Governor of Adamawa and Vice President under the party’s platform, adding that “he is a PDP man to the core”.

He said that Abubakar was deceived into believing that the APC was a platform that would correct all the ills in the PDP.

“Therefore, being a founding father and because we have an umbrella that is big enough to accommodate everybody, he is welcome to PDP, the democratic party.

“PDP is a free party and was conceived for all Nigerians and is free from all religious, ethnic and geographical divisions.

“It has capacity to accommodate everybody. Our doors are open for him to come back to his home without any pre-condition.

“He is free to come back like every other Nigerian and we want to appeal to those who have not seen the truth, to do so.”