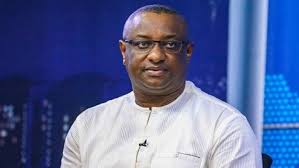 According to him, Atiku and other presidential candidates contesting for the 2023 presidency had nothing to do with the June 12 election.

Speaking through his Twitter handle, , the minister said only the All Progressives Congress, APC, presidential candidate, Bola Tinubu played an important role in the June 12 struggle.

According to Keyamo: “No Presidential candidate today had anything to do with the June 12 struggle (which is the foundation of democracy we are enjoying today) except BAT & (to be honest) Sowore as a student leader, but BAT was more pivotal from exile. Atiku was one of the first to abandon June 12.”

He added that ex-President Olusegun Obasanjo of benefitting from the June 12 struggle in 1999, after he initially opposed it.

“After the June 12 struggle, ‘strangers’ emerged from nowhere and hijacked the democratic train at the center; OBJ who opposed June 12 became the greatest beneficiary of the struggle. The election of BAT in 2023, a true hero of June 12, will largely address this anomaly of 1999,” he added.