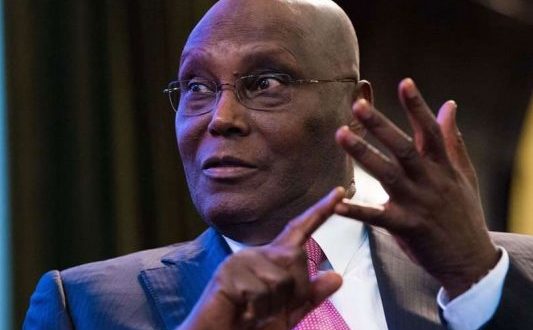 Former Vice President, Atiku Abubakar, has expressed displeasure with the speed with which the six-year single term proposal for president and governors was rejected by the House of Representatives.
Abubakar expressed the displeasure in a statement issued by his Media Adviser, Mr Paul Ibe, on Tuesday in Abuja, while reacting to the rejection of the bill by the House on Monday.
He  said that he was disappointed by the fact that the lawmakers had thrown away the baby with the bath water at the expense of the larger interest of the country.
Abubakar said that in view of the challenges facing Nigeria current democratic order, especially the culture of rigging that subverts the will of the people, six-year single term would have ended such untoward practices in its electoral process.
“The desperation for second term by the incumbents is the main reason why they go for broke and set the rule book on fire, thereby making free and fair elections impossible by legitimising rigging at the expense of their challengers that have no access to public funds.
“A situation where the incumbents deploy more public resources to their second term projects than using the funds for people’s welfare encourages massive rigging that undermines electoral integrity.
“Six-year single term would remove such desperation and enable the incumbents to concentrate on the job for which they were elected in the first place.”
Abubakar regretted that eight-year term of office rewards incompetence because even incumbents that have failed would use their access to public funds to return to power by fair or foul means.
“I don’t agree with the logic that eight years would give elected leaders better opportunity to fulfill their campaign promises.
“An inherently incompetent incumbent will perform below average even if you give him/her 20 years in office or give him or her $20 billion dollars,” Abubakar stressed.
According to him, it is not how long a man spends in office, but how well he is adequately prepared for the job.
He argued that the desperation for second term was not necessarily driven by patriotism or the passion for service, but by the obsession with the greed for power for its own sake.
“Second term obsession rewards incompetence by allowing failed incumbents to be reelected regardless of their performance record.
“It also denies political parties the opportunity to replace failed incumbents with better candidates within the parties in the name of right of first refusal.”
The former vice president said that the rejection of the six-year single term was a mistake because little attention was paid to its merits.